It is a bit eerie looking out and seeing Turkey so close. I’ve heard second-hand stories about what is happening over there and they’re simply heart-breaking. What can be so bad that a mother would take her 5-day-old infant on such a risky journey?

I just returned from a 24 hour shift at Skala Base Camp on the island of Lesvos, Greece, just about 4 miles from the coast of Turkey (this is the closest point between the two countries). There are several camps right on the water’s edge, ready to receive rafts out of the water. You’ve seen the videos. These camps serve a stretch of coast about 5 miles long and everyone that lands here is sent to the Skala Base Camp.

On one day in October, 2015, Skala received over 10,000 people. However, because of recent political changes, no one arrived on the day I spent there. On one hand, this is a good thing, right? People aren’t risking their lives on the open ocean. At the same time, I recall the many horror stories of the conditions in Turkey and lament the fact that more people aren’t escaping.

So what that no one made the crossing in our area yesterday. It was important that we were there, just in case. At any moment, whatever is preventing them from coming could change. However, we did have a different kind of refugee show up: students from a local high school.

This whole catastrophe has forever affected this little island. Tourism has been killed and businesses are closing, but life goes on. The town of Petra, on the far side of the island, has never seen a refugee raft. They have not experienced any of this personally.

Niko is from Petra, and he’s been volunteering with Samaritan’s Purse at Skala for months. His neighbor, the history teacher at Petra’s high school, sees what is happening as history in the making and asked Niko if his class could come see Skala.

About a dozen students arrived the afternoon we were there. I had the idea that we should treat them as if they were refugees. This both gave them a clearer view into what it was like to be a refugee, and it gave us a chance to practice.

I greeted each with a friendly handshake and asked them their name and if they were with family. Then I sent them to the get a banana, some water, and a blanket. After that they got bus tickets so they could be sure to be put on the bus together. We pretended their clothes were wet and had them go to the clothing station to get dry clothes and gave them hot, sweet chai. After their teacher had a time of teaching, we pretended some of them were sick and needed to see the doctor. Lastly, after about 90 minutes, we put them on their own bus and sent them off.

I hope the experience opened their eyes to the crisis. The label “Refugee” helps to generate compassion and sympathy, but it can also be dehumanizing. Jesus loves each of us. In reality, we’re all refugees in need of saving, running from a cruel dictator that seeks to steal, kill, and destroy. 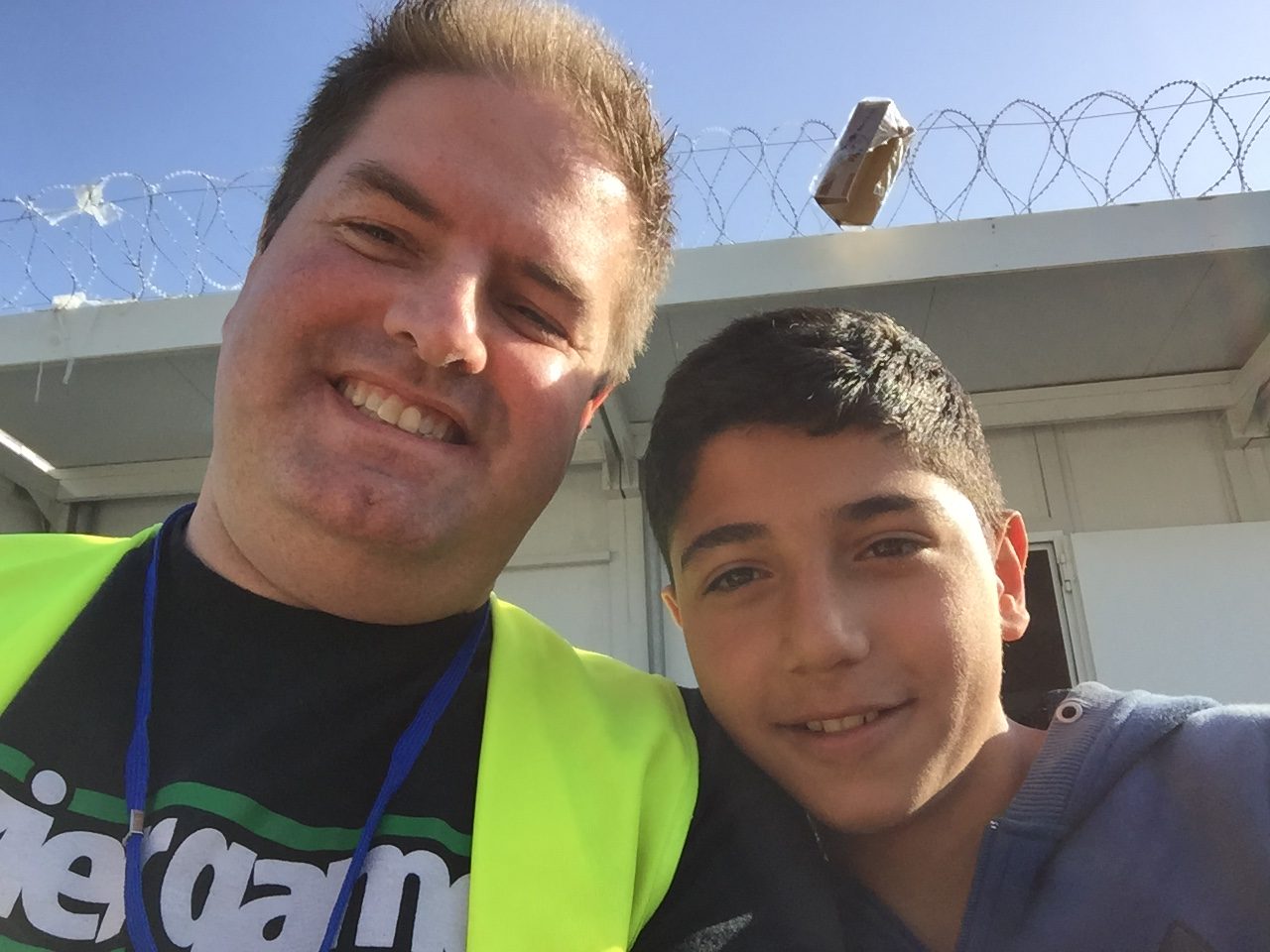