Don’t Drink the Water (in Public)

You Can Drink the Water—Just Don’t Do It in Public! 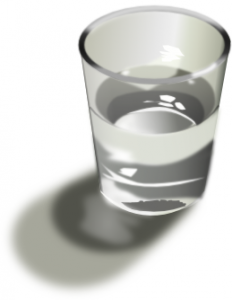 The tap water (Leitungswasser, Trinkwasser) in Germany ranks among the healthiest in the world. However, most Americans who somehow learned the German phrase for “Tap water, please.” (“Leitungswasser bitte.”) rarely use the phrase a second time. The puzzled look of disgust on the server’s face is usually enough to discourage all but the most emboldened diner from making any second attempt. It is a look that says: “Ordinary water is fine for bathing, but only a barbarian would drink it!”

Why don’t Germans drink perfectly safe water? Theories on this topic abound, but the reasons for their reluctance—more like a phobia—may go back to a time when public water sources were truly hazardous to your health. This tap-water angst is not just a German thing, either. Most other Europeans also avoid drinking tap water—except perhaps accidentally when they brush their teeth—despite its high quality. German drinking fountains are a rarity.

If you want to see stares of disbelief and horror, just pour yourself a glass of water from the kitchen sink in front of your German hosts. Their expressions alone will tell you that you have just violated some cardinal rule of German culture. Your shocked German friends may tell you that tap water is for washing the dishes and bathing, not for drinking. In a restaurant, if you ask for water (and you do have to ask!), it will come in a bottle and will usually be carbonated, mit Gas (if you don’t want carbonated water, ask for stilles Wasser).

Another reason for Trinkwasser-Angst is the taste of some local water. While there are exceptions, much of the water coming out of German taps, despite its safety, just doesn’t taste that good. Often das Wasser may be hard and heavily calcified (verkalkt—also a derogatory term applied to people), another reason for the popularity of filtered or bottled water.

Although beer, wine, coffee, tea, colas, and even fruit juice are certainly popular with Germans, the biggest-selling beverage remains good old Mineralwasser (sparkling mineral water)—a steadily rising trend over the last several decades. Germans drink more of the sparkling clear liquid per capita (in 2000) than any other beverage, including the German staple, beer—downing 101 liters of mineral water per person (In 1970, the rate was only 12.5 liters per German.

from When in Germany,Do as the Germans Do
by Hyde Flippo (2002)