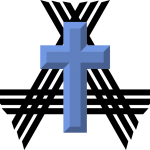 Code-a-Thons are a ministry of LightSys Technology Services where they invite college students majoring in computer science or engineering to spend their Spring Break writing code for missions. If you’ve heard of a Hackathon, pretty much the same thing.

LightSys is led by Greg and Dorinda Beeley and they played host to this week’s Code-a-Thon. During the year, LightSys collects and screens project plans that are submitted by ministries with software development needs. If the project meets certain criteria (for example, it needs to be small enough and simple enough) then it is added to the queue. This year LightSys had collected more than a dozen such projects and, in the weeks before the Code-a-Thon, the students got to choose which project they’ll tackle during their Spring Break.

My purpose in attending this Code-a-Thon was to learn first-hand how Code-a-Thons work. I’m hoping that we’ll be able to do something similar to help eDOT create the code it needs but doesn’t have the bandwidth to accomplish on its own.

Saturday—The night before the Code-a-Thon the ten college students and one college professor arrived in Colorado Springs. They had caravanned from LeTourneau University in Longview, Texas. For the week, they were split between three host homes where they slept and ate breakfast, but the rest of the time was spent with the team.

Sunday—The team went to church with the Beeley’s. Their church, Chapel Hills Church, was also the host location for the Code-a-Thon. After church, the team headed to a point of interest/tourist area in town: Garden of the Gods. There they had a picnic lunch and explored the area. This served to help the team get to know each other. This was where I met them for the first time. Sunday night, the team had dinner at the Beeley’s home with food provided by the host families. Again, an informal time for the team to bond a bit more. Although they all came from the same school, they didn’t know each other all that well.

Lessons learned: Let the team have time to recuperate from their travel and get to know one another.

Monday—Normally, the heavy coding is done on Monday, Tuesday, Thursday, and Friday. With a break/free day on Wednesday. Due to a forecasted spring snow storm on Tuesday and Wednesday, they decided to move the free day to Monday. The team decided to go on a six mile hike to see a waterfall. I stayed home.

Lessons learned: Be realistic, be flexible, provide breaks, and remember to give them a chance to have fun.

Tuesday—Finally the first day of official coding! Each day started at 9:00 AM with three or four songs of worship and a 15 to 45 minute devotional. Monday and Tuesday coding ended at 6:00 PM. The students were finally released to their “Code Caves” around 10:00 AM. The students for this week had chosen four projects so there were four teams and a Code Den for each. The Code Den was just the office the team worked in. The church let us use their offices for the week. Just outside the offices was a space large enough for all of us to sit around a long table. It really was a nice setup.

The Code-a-Thon was something of a hurry up and wait proposition. All of the teams had chosen Android projects but few (actually none that I saw) of the team members actually knew how to develop Android apps. Of the 10 students there were only one or two seniors and only two of them had attended a Code-a-Thon before. So there was a lot of learning and self-teaching going on the first day or two. One of the teams had chosen a project that had been begun but not finished by a Code-a-Thon from the previous year. Obviously, sometimes they bite off more than they can chew.

Lessons learned: Don’t just recruit those with prior knowledge. It’s OK to let them learn on the job. Start with worship and the word even though they’re anxious to get going. 9:00 AM seems a little late to start the day even though logistics required it. Give the teams their own areas to work, but also have a place where everyone can gather at once. Let the teams choose their own team names and even their own nicknames and use them as much as possible (it’s a team unity/bonding/experience thing). Remember fun.

Wednesday—Same overall schedule as Tuesday. More learning, but we started to see some results by the end of the day. There was one team that needed my help more than the rest. Before I go any further let me briefly describe the four projects:

Wednesday night was a night of worship and prayer back at the Beeley’s home. I’m sorry I couldn’t make it since I had a prior commitment, but I heard it was wonderful.

Lessons learned: Let God use your gifts and know that he has a plan to use them for His Kingdom. Spend time worshiping the King together.

Thursday—This was the major coding push of the week. We started like the past two days at 9:00 AM, but coded until midnight. Three of the four teams had working prototypes by the end of the day. Some of the teams started tapping into my UI/UX experience at this point; asking for my opinion about look and feel. Some of the teams seemed overwhelmed at the beginning of the day. I was able to be a sounding board to help them press through issues. I didn’t have answers, but I had questions that made them look at their situation from a different angle. From there they were able to see the solution. Fun stuff!

Lessons learned: Plan on one long day but resist the urge to make them all long. You get diminishing returns if you press too hard. Good questions are better than “iffy” answers.

Friday—The last day of coding started as the rest and ended at 4:30 PM so the students could spend time writing thank you notes to the people that made the week possible. Lunch and dinner each day was provided by various people from the church. The devotional speakers each morning were volunteers from the local Christian community. As for the code, everyone had a working project by the end of the day.

Lessons learned: Tap the local Christians to see if they can help with meal and lodging logistics. Praise and encouragement are great motivators.

Saturday—The team left in the morning for the long drive back to Texas.

At the end of their time together every team had something to show for what the week. Team 1 was able to upload descriptions of a new language and upload pictures of the language speakers to the database. Team 2 was able to tap into the massive online database and pull information based on the user’s search criteria. Team 3 had a working game with a point system, leader board, and badge system. Team 4 finalized their style sheet and had a great looking program. It was great to see it all come together! With all that being said and knowing that nothing is ever perfect, most of the teams are still trying to put the final polish on their projects before uploading them to the Google Play store. Check back in April (2014). I hope to update this article with links to where you can download and install each project.

My current vision is to invite the supporters of eDOT, both individuals and churches, to come to Germany for our first code-a-thon.