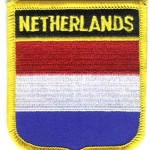 On New Year’s Eve day in 1987, I was a freshman in high school and I was growing and maturing in my walk with Jesus. God had put it in my heart by then that I was going to be a missionary, but I didn’t know where. Through reading biographies and school research projects, I had become fascinated with three cultures: Asia in general, Japan specifically, and the Dutch in the Netherlands.

Asia in general because I had heard about a YWAM base in Montana that I was curious about and they sent missionary teams to that general area. (Interestingly, my sister Grace did her DTS there and wound up moving to Taiwan.) Japan because I had heard stories about how difficult it was there to tell people about Jesus. Plus, the movie “Gung Ho” that came out in 1986 contrasted with stories I’d heard about WWII peaked my curiosity. Lastly, the biography of Brother Andrew (God’s Smuggler) and other biographies I’d read, contrasted with a research paper I had written about modern-day Netherlands, broke my heart for the Dutch people. The same country that sent missionaries around the world in decades and centuries past, is also the first western country to legalize drugs, prostitution, and euthanasia.

I had a long conversation with my parents about these three missionary destinations that afternoon. That evening, I went to the local amusement park, Knott’s Berry Farm, where they were having a different Christian band playing at every venue in the park. They called it “Knott’s Jubilation.” That night, while listening to The Allies, still one of my favorite bands, I somehow suddenly knew that God had a plan for me in The Netherlands. With tears, I dedicated my life to following Jesus to whatever He had for me there. His call was not specific, but it was clear and every major life decision I’ve made for the past 27 years has been filtered through that call.

Which leads me to next week. On Monday, February 2nd, I and the rest of the eDOT team will be driving to The Netherlands for a tech ministry conference called ICCM-Europe (International Conference on Computing and Mission). I’m part of the preparation team for the conference and I’m in charge of the website and online conference schedule. The road here has been full of twists and turns, but God knew so long ago how He wanted to get me here, and what skills he wanted me to have so that I could fulfil His purpose in His timing!

So pray for me. I feel like I should be more emotional than I am about my trip next week. If it were in any other country, I’d still be excited for it, but this one’s special to me and I don’t know what to expect.